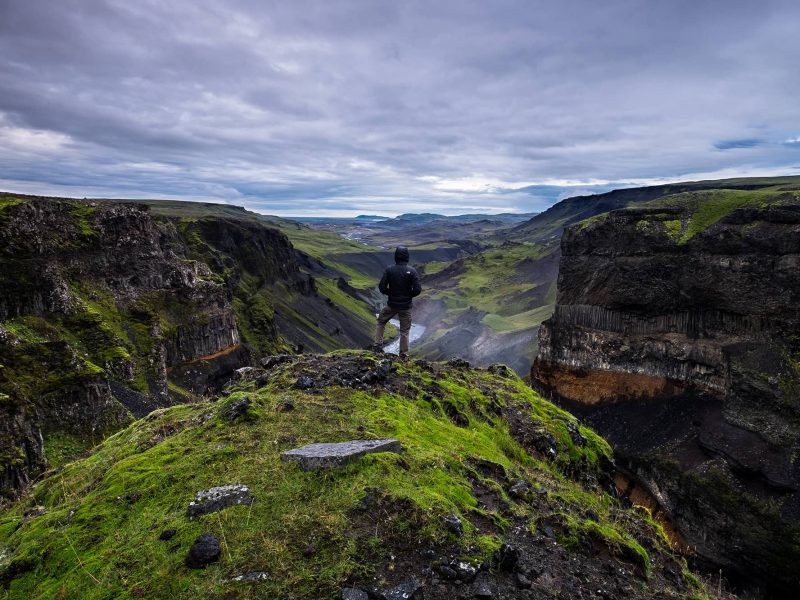 A spark of excitement and wide-eyed desire to explore the world isn’t always what ignites big adventures. Sometimes, tragic events such as the loss of a loved one can cause people to hit the road with nothing but a heavy heart to heal. Here are some of the most daring, moving and memorable journeys that were inspired by grief, love and loss.

Cheryl Strayed is an American novelist and podcast host. She shot to fame following the success of ‘Wild’, the hit film based on her book ‘Wild: From lost to found on the Pacific Crest Trail’. This intensely moving memoir follows Cheryl’s epic, multi-month solo trek across America’s western states, undertaken in efforts to come to terms with her mother’s sudden death of lung cancer at 45 – a topic that infuses much of Cheryl’s work. This inspirational book captures a young woman’s confusion, anger, emptiness, grief and journey to acceptance in what is an uplifting book from a tough, tenacious woman.

Robyn Davidson is an Australian writer whose mother died of suicide when she was 11. Robyn was sent to boarding school, later quitting university before graduating. This life of indecision and discontent ultimately led Robyn to remote Alice Springs. It was from here that Robyn set off alone with her camels to reach the Indian Ocean, 1,700 hot, dry miles away. In this harsh, unforgiving environment, Robyn found solace and a way to live with her grief and herself. “It is my 71st day of travel across Australia’s western desert. Slowly, as we get under way, the strings inside me knit together and I know who I am again.”

Rosie Swale Pope: Just a little run around the world

Rosie was 57 when her husband died of cancer. Rosie wanted to turn his death into something positive and so set off from her doorstep in Tenby, Wales, for a fundraising run in his honour. Just a little run. Around the world. On her 20,000-mile solo journey, Rosie faced knives, guns, bears, bus accidents and -62 degrees C Siberian nights. In this courageous tale, meet the humble woman who threw herself at life both as an expression of love for the man she lost, and to mark the beginning of a new chapter where every day counts.

American author Elizabeth Gilbert became a global phenomenon with the runaway success of ‘Eat, Pray, Love’, the book (and subsequent film) that chronicled a woman’s search for adventure after the loss, grief and sadness of divorce. Elizabeth later fell in love with her best friend, Rayya, who died of cancer in 2018. In interviews about her grief, Elizabeth says, ‘let it rock you until it’s done with you. It will be done with you eventually, and when it’s done it will leave. But to stiffen, to resist, to fight it is to hurt yourself…You just let it come.’

Raynor and her husband Moth were hit by such an unlikely and unlucky series of events, it’s shocking to remember that her book, ‘The Salt Path’, is a true memoir. First, the comfortable couple lost everything and became homeless. Next, Moth discovered he was in the late stages of a rare terminal disease. With nothing but limited time at their disposal, they decided to walk the South West Coast Path, wild camping and foraging en route. Raynor wrote this book as a lyrical, living love letter to Moth, as an aide-memoire should his memory fade. Raynor and Moth now spot beauty and meaning in the everyday and have learned to appreciate their priceless, numbered days.

Bristol-based Christopher is The Times’ walking correspondent. Not always a fan of hiking, he remembers trudging around after a brooding, corduroy-clad father. Years after his father’s death, Christopher appreciates what his reticent father was trying to show him, and understands how difficult it was for this withdrawn, war-affected man to communicate. Simply being in nature helped. Christopher’s exquisite book, The January Man, documents a year-long series of walks in the British Isles. It pays homage to a father whose presence Christopher has felt at his elbow on every walk since he passed.

The Way is a father-son journey of a film from real-life father and son duo, Emilio Estevez and Charlie Sheen. Though not based on a book, this poignant and likeable movie is included for those who prefer watching to reading. A young Emilio tries to convince his always-busy father to join him on Spain’s Camino de Santiago trek, but his father chooses work back in the States instead. Emilio goes it alone, dies on the route and his father flies in to collect his body. Only then does the regretful and grieving father decide to walk the route as his son had desired – this time alone. Seize the day is the message and enjoy your loved ones while you can. The Way is available to watch online.

The Way on IMDB

Good Grief, Bristol (May 11th to 17th 2020) is a new festival to help people talk, think and learn about grief.

With dozens of events taking place all over Bristol, Good Grief will bring together speakers, film screenings, exhibitions, workshops, music, spoken word and a Memory Kitchen.