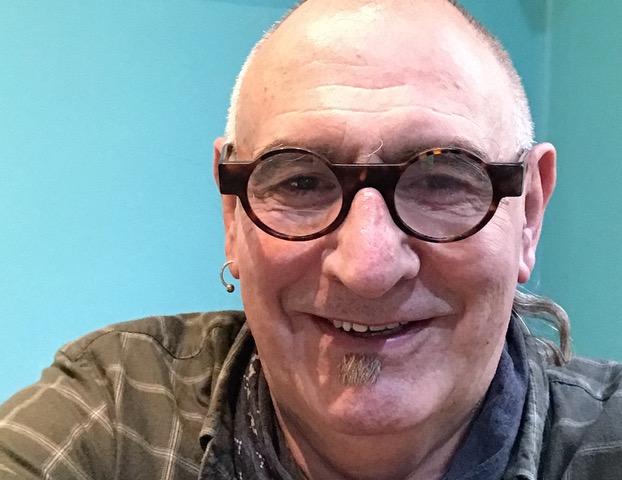 Jonathan Blake trained and worked as an actor from 1967 to 1981. He was diagnosed with HTLV3 (now HIV) in October 1982 at Middlesex Hospital.

He attempted suicide in December 1982 but couldn’t go through with it, deciding instead to attempt to rejoin society despite feeling like a modern-day leper with a killer virus coursing through his veins. Jonathan joined ‘Gays for a Nuclear free Future’ at its stand at Greenham Common, Aldermaston and Burghfield, where he met his future partner. Together, they joined Lesbians and Gay Men Support the Miners in June 1984.

Jonathan retrained as a tailor at the London College of Fashion from 1984 to 1987. He then worked as tailor and costume maker from 1988 to 1996 until his health failed and he was medically retired. He started Anti Retro-Viral Therapy (ART) in 1997 which continues to this day.

Since being medically retired, Jonathan has volunteered at various HIV drop-in centres including The Landmark in Brixton/ Tulse Hill; Lighthouse South London; the Terrence Higgins Trust  (THT); and The Food Chain. He was the Face of THT’s first safer sex poster aimed at gay men.

Jonathan was globally outed as HIV positive at the end of the film, PRIDE, in September 2014. He has since played Barney in Patrick Cash’s HIV Monologues 2016-18. Jonathan turned 70 in July 2019, when one could still happily hold a real rather than a virtual party. 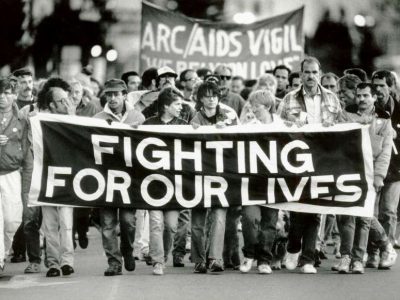 What we (Should) Have Learned from the AIDS Crisis