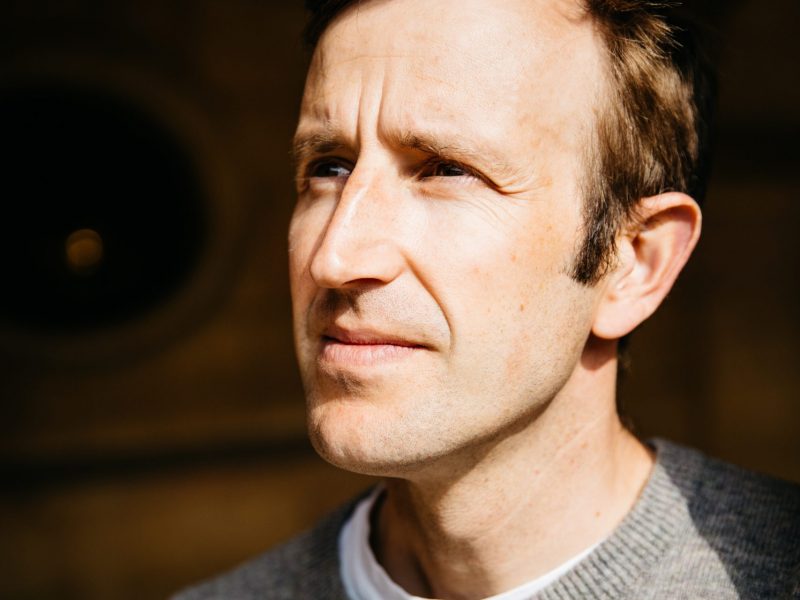 Robert Macfarlane is a bestselling British author and academic who has created an impressive fleet of prize-winning books on the themes of memory, travel, landscape, nature and the environment. He’s a regular contributor to leading publications including the Guardian and The Times.

Robert has a captivating style and unique approach that often sees him collaborate with artists, photographers, film-makers and musicians. His first book, Mountains of the Mind: A History of a Fascination (2003), won the Somerset Maugham Award and the Guardian First Book Award and was adapted for television by the BBC.

Robert’s other works include The Old Ways, Landmarks and The Lost Words, which won the Books Are My Bag Beautiful Book Award and the Hay Festival Book of the Year award in 2017.

For children he created The Lost Spells, a book brimming with nature spells created with talented artist, Jackie Morris. The Wild Places won the Boardman-Tasker Award and was also adapted for television.

Robert Macfarlane is Reader in Literature and the Geohumanities in the Faculty of English at Emmanuel College, Cambridge. His latest book, Underland: A Deep Time Journey (2019), is about subterranean spaces and deep time. In it, he asks are we being good ancestors, conscientious guardians of the planet that has been left in our care for those who might follow?