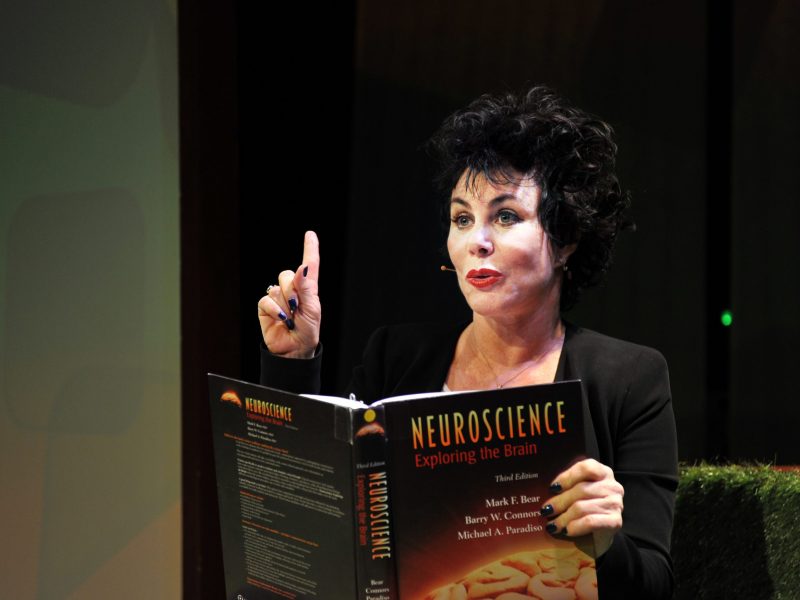 Ruby Wax brings a mould-breaking, establishment questioning approach and pioneering energy to everything she does.

From the Royal Shakespeare Company to primetime TV; from an Oxford University Master’s degree in mindfulness-based cognitive therapy to being a bestselling author; from interviewing the president-who-shall-not-be-named to delivering a ground-breaking TED Talk; and from a mental health campaigner to being awarded an OBE for services to mental health.

In the field of mental health, Ruby has brought support for mental health to whole new audiences. She is able to discuss complex neurological theory in an accessible and often hilarious way, driven by the serious point that we need to reframe the conversation and remove the stigma around mental health. Ruby helps us understand how we can take control of our overstressed and over critical minds.

Ruby has been awarded a City Lit Lifetime Fellowship, and was recently appointed Chancellor of Southampton University. 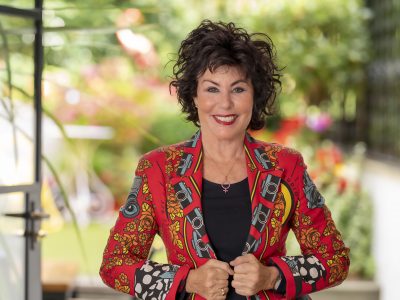