Is it possible to convey the lived experience of grief, loss, and bereavement in a short film, by using the creative tools of filmmaking such as camera movement, shot length, focus, and editing?

That is the premise of Nothing Echoes Here (2022), a Brigstow-funded practice-as-research short film that charts a 24-hour period in the life of a woman and her two children, in the near-aftermath of the loss of their husband and father. The film explores the role that space – interior, exterior, familiar, non-familiar – plays for those grieving a profound loss, whilst utilising formal elements of film language and performance to portray grief in an authentic and empathetic manner, prioritising a sense of experience over story and narrative. In this panel the film’s writer/director and its lead actor will discuss, with Professor Rob Stone – an expert in empathetic aesthetics in cinema – the creative approaches and ideas behind the film.

The panel will open with the first ever screening of Nothing Echoes Here.

Panel members: Dr Jimmy Hay, Prof Rob Stone, Charlotte Mulliner (actor)
Please note: This discussion was originally held on 4 May 2022 as part of Dying Matters week. At the time of the original discussion, the film Nothing Echoes Here was under consideration at film festivals, and as such we are unable to screen it in full here on The Grief Channel. Thank you for your understanding. 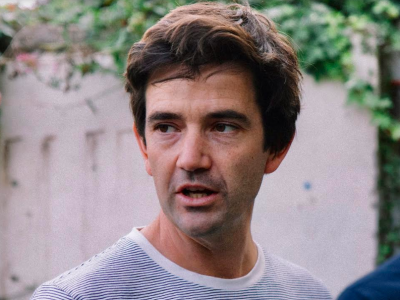