Professor Roberts is an academic, broadcaster and writer whose research and media work focus on evolution, physiology, human anatomy, archaeology and history. She’s also a medical doctor. Professor Roberts joined the University of Birmingham in 2012 and one of her roles there is as Professor of Public Engagement with Science.

Her TV debut was in 2001, as a human bone specialist for Channel 4’s Time Team. She has since fronted Coast on BBC2 and has written and presented various BBC2 series, such as The Incredible Human Journey, Origins of Us, and Ice Age Giants. In 2020, the sixth season of her archaeology series, Digging for Britain, will air in 2020.

Professor Roberts has written seven books in the popular science genre including The Incredible Unlikeliness of Being which was shortlisted for the Wellcome Book Prize 2015. 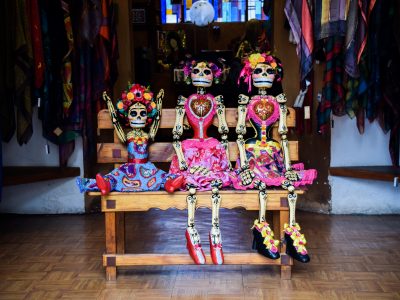 Over My Dead Body with Professor Alice Roberts