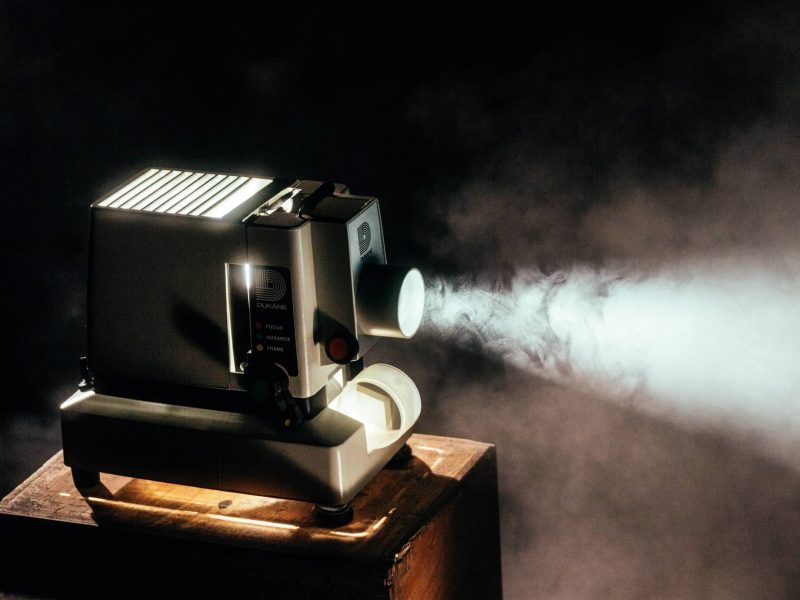 This selection of thoughtful films deals with grief and loss in poignant, creative ways, from a searingly intimate portrayal of Jackie Kennedy to the earthy extremism of Captain Fantastic. Perfect for moments when you need to switch off and give your mind a rest, or to recommend to a friend in need.

This classic Anthony Minghella film was shot in London and here in Bristol. Nina (Juliet Stevenson) is utterly despondent with grief for her departed lover (Alan Rickman). She’s therefore ecstatic when he reappears in ghost form…until he amplifies the bad behaviours that drove her mad when they were together. Truly, Madly, Deeply is a bittersweet take on rose-coloured remembrances and the need to continue living your life when a love is lost.

Amour (‘Love’) opens with the image of a woman’s body, found dead in her Paris apartment surrounded by flowers. The film introduces cultured Anne (Emmanuelle Riva) and husband Georges (Jean-Louis Trintignant), retired piano teachers now in their eighties. When Anne suffers two strokes and is later confined to a wheelchair, Anne tells Georges she wants to end it all. She then develops dementia and can no longer communicate her wishes. Caught between the forces of love, kindness, his daughter’s needs and the desire to keep a promise to his wife, Georges makes a very difficult decision. Subtitled.

Natalie Portman’s Oscar-nominated portrayal of Jackie Kennedy offers a shattering depiction of loss following the assassination of her husband, John F Kennedy. Stricken widow Jackie is fuelled by sadness and post-traumatic stress as she strives to survive her grief and retain normalcy for her children. America’s iconic First Lady carried the burden not just of dealing with personal sorrow in the spotlight, but of defining her husband’s legacy.

It is rare for a children’s film to tackle the tricky subject of grief. ‘Up’ faces it head on, with an opening that will resonate with anyone who’s ever experienced loss. When adventurous Carl’s lifelong love Ellie dies, he becomes depressed and unable to move forwards without her. ‘Adventure is out there’ was always their motto so, at 78, Carl eventually decides to follow their dream of going to South America…by tying thousands of balloons to his house. Follow the uplifting journey as Carl and an (initially unwanted) companion learn to shed baggage, feel lighter and move towards a new life of adventure.

Big Fish is a fantastical feast and beating heart of a film from Tim Burton, master of the magical. On his death bed, exaggerator Edward (Albert Finney) is still driving son William crazy with tall tales of conjoined twins, circus folk and giants from his youth. William has only ever wanted to hear the plain truth but, as he soon discovers, the truth can sometimes be stranger than fiction. This family-friendly classic is a visual extravaganza that explores expectation and disappointment, family myths and legends, and how we can learn to appreciate what our loved ones do for us and why.

This tragi-comic roadtrip follows Ben (Viggo Mortensen) and his bus-dwelling family of eight. Everyone lives happily in the Washington State wilderness until their mother Leslie’s death of suicide leaves Ben with a troop of six grieving, confused children. The off-grid outcasts are banished from Leslie’s funeral by her super-straight family and Ben initially obeys, but the children fight back to honour their mother with the send off she wanted. Stellar performances from the on-screen siblings add authenticity to this unconventional exploration of grief, compromise and coming of age.

This adaptation of Christopher Isherwood’s 1964 novel is brought to the screen with copious compassion. It peels back the layers of stylish and discreetly gay George (played by Oscar-nominated Colin Firth), an almost impenetrably English lecturer teaching in LA. Society won’t let George grieve for his dead partner, Jim, and Jim’s family have barred him from the funeral. Firth is intoxicating, conveying the impossibility of smothering such a grief as his whole life is dismantled behind the albeit stylish scenes.

A warring couple fake harmony in efforts not to upset the fragile patriarch of the family Gordie (Billy Connelly) at his 75th birthday. The children are divertingly hilarious and the Scottish Highlands the perfect backdrop as the arguments inevitably unfold. Mischievous Gordie is trying to promote the bigger picture, as he’s in the final stages of terminal cancer. “You need to live more and think less,” is his advice. Yet the family are so busy sweating the small stuff, they’re oblivious to Gordie’s rapid decline…and unaware that their errant children might just be carrying out Gordie’s last wish to the letter. A fitting send off to complete our collection of films about love, loss, grief and the importance of living life to the full.

In this funny, uplifting tale based on an actual lie, Chinese-born, U.S.-raised Billi reluctantly returns to Changchun to find that, although the whole family knows their beloved matriarch, Nai-Nai, has been given mere weeks to live, everyone has decided not to tell Nai Nai herself. To assure her happiness, they gather under the joyful guise of an expedited wedding, uniting family members scattered among new homes abroad. As Billi navigates a minefield of family expectations, she finds there’s a lot to celebrate: a chance to rediscover the country she left as a child, her grandmother’s wondrous spirit, and the ties that keep on binding even when so much goes unspoken. The Farewell is a richly moving story of how family can unite and strengthen us, often in spite of ourselves.

In the devastating first film of the Three Colors trilogy, Juliette Binoche gives a tour de force performance as Julie, a woman reeling from the tragic death of her husband and young daughter. But Blue is more than just a blistering study of grief; it’s also a tale of liberation, as Julie attempts to free herself from the past while confronting truths about the life of her late husband, a composer. Shot in sapphire tones by Sławomir Idziak, and set to an extraordinary operatic score by Zbigniew Preisner, Blue is an overwhelming sensory experience.

Good Grief, Bristol (May 11th to 17th 2020) is a new festival to help people talk, think and learn about grief. A selection of films exploring grief will screen at Watershed as part of the festival.

With dozens of events taking place all over Bristol, Good Grief will bring together speakers, film screenings, exhibitions, workshops, music, spoken word, a pop-up shop and a Memory Kitchen.